The BOIC is the NOC that represents the Olympic Movement and its values in Belgium. The BOIC is an "inter federal" non-profit association. It is the umbrella organisation over the national sports federations, which usually consists of two or even three community leagues. The representatives of these 81 sports federations are members of the General Assembly of the BOIC. Together they represent around 30,000 sports clubs and 2,000,000 active members. The political competence on sports and sports policy in Belgium belongs to the three language communities (Flemish, French-speaking and German-speaking communities). Each community is responsible for its own elite sports policy and elite athletes. The NOC is the Olympic partner in elite sports in Belgium and fulfils its mission in close cooperation with the sports administrations of the three communities: Sport Vlaanderen, Adeps and Ostbelgien.

The BOIC is very committed and actively engage in further fostering gender equality in leadership positions within the NOC and sports organisations as a whole. Most remarkably in 2018, the Task Force “Women & Sport” was established, whose mission is to identify obstacles to female participation in sports on the one hand and to propose innovative solutions to improve the situation on the other hand. Four target groups were identified: athletes, coaches, officials and Board members. Most recently, BOIC implemented a new framework (Q7) to define roles and responsibilities within the NOC staff. This includes also a gender component linked to this system as one of the advantages of the system is that it provides a framework for objective and gender-neutral decisions on human resources (recruiting, role definition...).

Within the GAMES project, the BOIC will be responsible for developing its tailor-made Action Plans to improve gender equality in the leadership within their NOCs according to the results that emerged from the baseline analysis and including the most relevant practices/actions identified within the Global Pool of Actions. Accordingly, BOIC will be responsible for organising a National Launching Event with the purpose of presenting its tailor-made Action Plan, as well as further reviewing its feasibility and receptivity among relevant sports stakeholders at the national and regional levels (i.e national federations, sports clubs…). Hence, during the design of the Action Plans and National Launching Event, BOIC is expected to take part in a series of peer-learning activities among partners NOCs that aim to promote the sharing of knowledge, best practices and lessons learnt meanwhile addressing future joint strategies on gender equality between NOCs and relevant national/regional stakeholders (i.e national federations, sports clubs…).

Under the guidance of the project coordinator - the EOC EU Office - BOIC is going to implement the GAMES project together with 7 other NOCs (Czech Republic, Germany, Greece, Ireland, Latvia, North Macedonia and Turkey), and renowned experts in the field of gender equality and good governance, including Professor Emerita Kari Fasting from Equal Rights in Sport and I TRUST Sport. Furthermore, the International Olympic Committee (IOC) will also act as a key player in terms of promoting and disseminating the project deliverables across all NOCs worldwide. 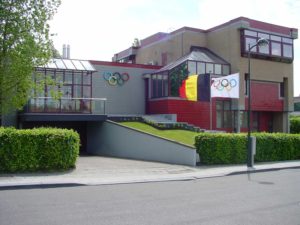